skip to main | skip to sidebar

Last week, I discussed The Many Careers of History PhDs, the first of two studies on the history professor that this blog will explore.  This week I want to look at that second study, which is profoundly troubling for a number of reasons; particularly when read in combination with Many Careers.

This statistical study came out in the journal Science Advances and it examined the hiring practices in the academic fields of history, business, and computer science. This article has gotten a lot of attention because Aaron Clauset, the lead professor of the research team that produced this study, condensed the findings into a short essay on Slate.com. If you want to read either article in full, you can find them here:
Here is the short version: this research team of three examined the placement of more than 16,000 faculty at 242 schools. What they found was a “steeply hierarchical structure that reflects profound social inequality.”

What does that mean? Long story made short, it ain't good.  Only a fourth of all universities accounted for 71 to 86 percent of the tenure-track faculty positions in both the U.S. and Canada. In the case of history—which is what this blog is all about—eight schools filled half of all the professor jobs. That is right—eight.

The data the team collected also suggests that merit plays less of a role in the hiring process than people would like to think. Schools from the top ten history programs place three times as many future professors than those in the second ten. Overproduction is a problem even at the “Magic Eight.” These elite schools are training more Ph.D.s than they can hire, so even if you go to one of these prestige programs, the odds indicate you will end up at a lessor school. To quote the Slate.com article, these “findings suggest that upward career mobility in the world of professors is mostly a myth.”

I got curious about this study. Who are the “Magic Eight” of history? I went to the original study and found the answer to that question as well as their rankings of the top 144 programs in history. (They got different results in their examination of business and computer science.)  I have a lot of comments to make about these articles, this list, and the AHA study, but that will all come in other postings. For now, here are their rankings of the top 144 schools for a history Ph.D. with links to the department web site—or the closest representation of history department. (Several of these universities have merged departments, a few have schools, and two appear to run their Ph.D.s out of their graduate colleges without a department of any sort). They are:

Posted by Nick Sarantakes at 8:12 PM

Nick Sarantakes
I am a U.S. diplomatic, political, and military historian. I currently am an associate professor of strategy at the U.S. Naval War College. I am hoping to use these blogs to share some of the insights I have learned on how writing, publishing and the historical profession work. These blogs are designed to be of use to historians in general. Even those that do not share my same research interests should find these postings useful and informative. 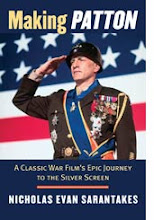 Dropping the Torch: Jimmy Carter, the Olympic Boycott, and the Cold War (2011)

Allies Against the Rising Sun: The United States, the British Nations, and the Defeat of Imperial Japan (2009) 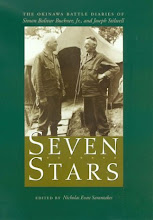 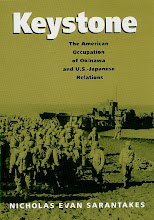 Keystone: The American Occupation of Okinawa and U.S.-Japanese Relations (2000)